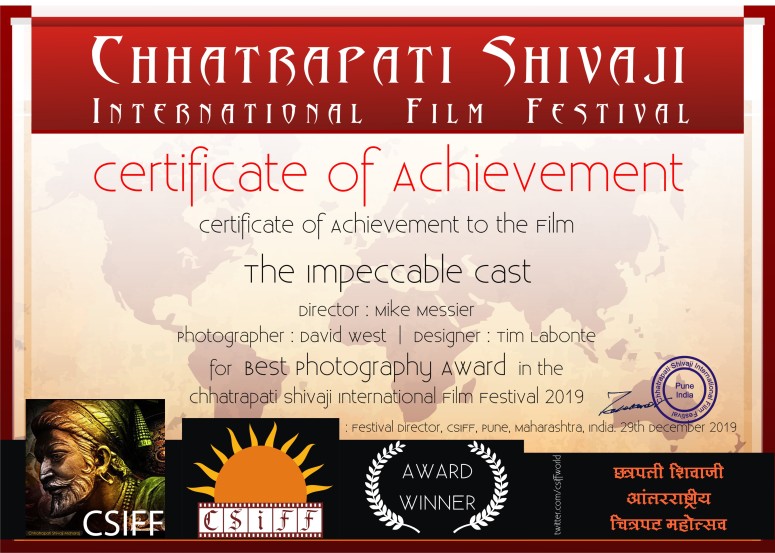 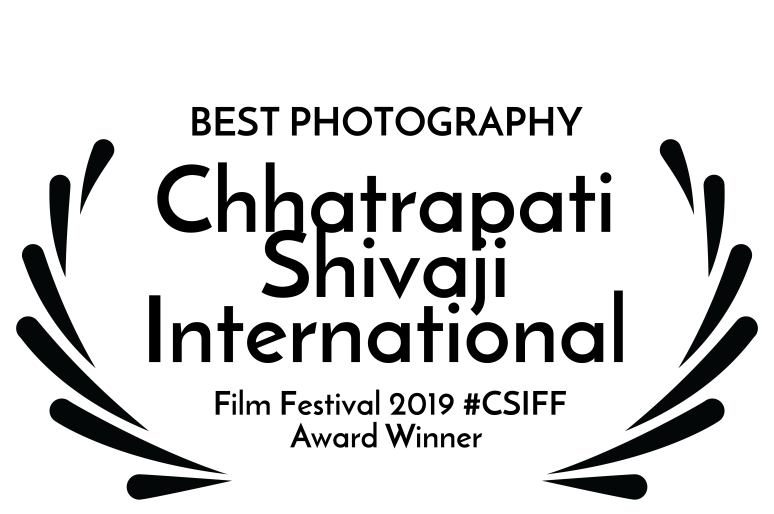 Here is the Award Winning Set of individual Cast Member Photographs and the cumulative Film Poster! 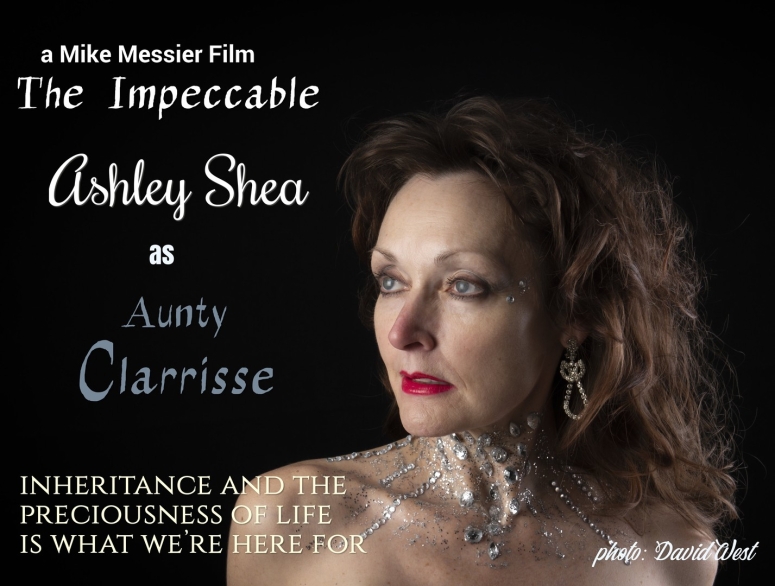 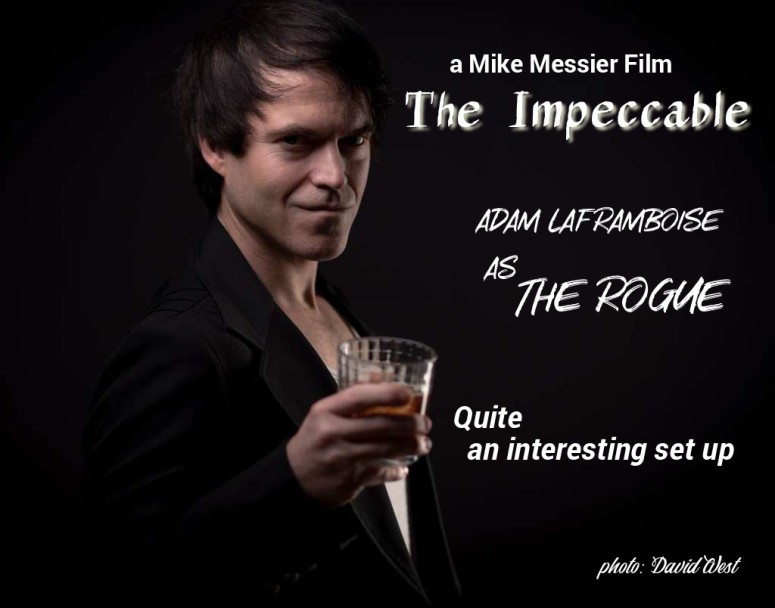 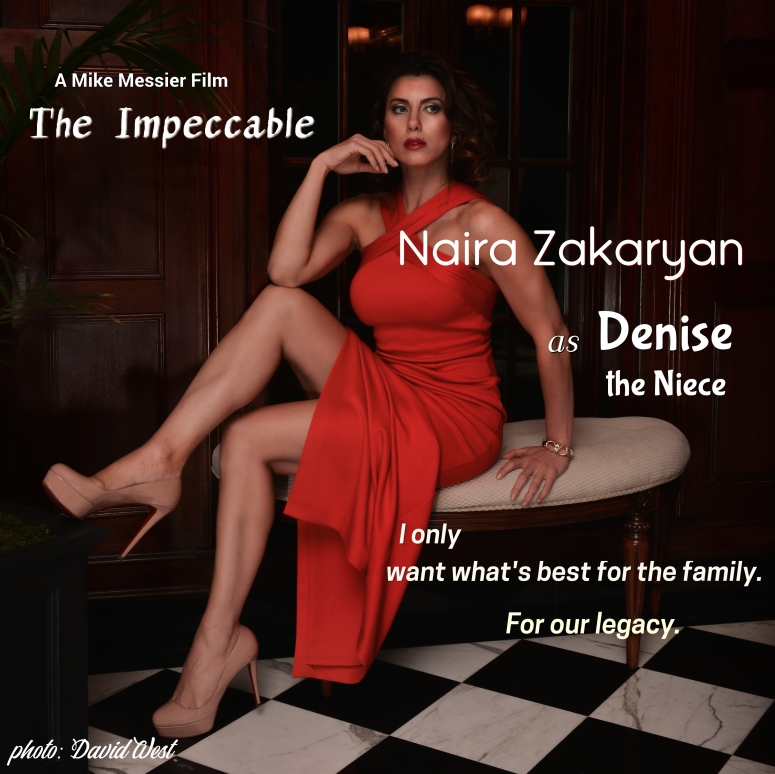 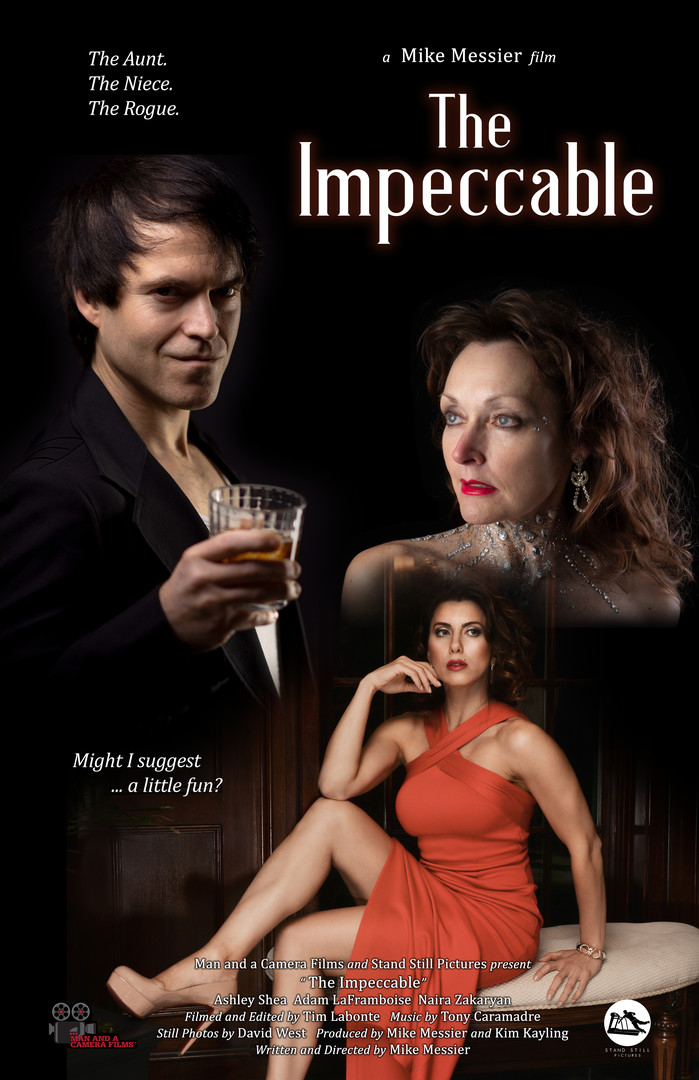 Also thanks to our additional film sponsors Actor Paul Noonan  & “anonymous”,  “World’s Best PA” Celia Cataldo, our wonderful shooting location, and catering support by Chelo’s Hometown Bar & Grille  of Rhode Island! Scroll below to see how YOU can also support The Impeccable!

Fellow filmmakers are reminded that many film festivals , such as The CHHATRAPATI SHIVAJI International Film Festival and Avalonia Festival  , also have Photography and Film Poster contests, so it’s a good idea to support your film by taking the additional step of marketing your work through still photography.

Check out the brand new teaser for The Impeccable that opens this episode of Messier Mantra!

If you’d like to support your friends behind the creation of The Impeccable, please consider our “Sponsor an Impeccable Film Festival Program”, in which you lend your support (what in some circles is so rudely referred to as ‘money’… oh,  so crass!) towards the entry fees into top Film Festivals for our film and we kindly thank you (and/or your business) right here with a little, old fashioned “shot out”.

Any donation amount is accepted (to note: the average short film entry fee is about $40.00) . Of course, any amount that is more than generous and greatly appreciated!

You can paypal any amount you see fit in that amount to ” mikemessiermoviemaker@gmail.com ”  as a friend/family member with the notation “Impeccable” (or something of that ilk) and we will put the funds to festival entries and, if requested, send you the FilmFreeway  confirmation email as proof of your much appreciated support in our project as well as a  a sneak peak preview link of the already finished 23 minute film for your private enjoyment!

That’s right, ladies and gentlemen..  we are NOT asking you to give us your hard earned money to support our Art that may (or may not) ever get finished… we’ve ALREADY finished the bloody thing, so now we are asking for your help to MARKET the film to the established film festival world!

Writer/Director/Producer Mike Messier  has plenty of experience in this film festival world, having won some 25 film and TV awards over the years, and running his own Avalonia Festival  –  a FilmFreeway Top 100 Best Rated Festival among filmmakers.

We will list your name and/or business name (with your website hyperlinked if you like, (unless you wish to remain anonymous)  and the Festival (s) associated with your generous sponsorship gift right here…

Sharing, retweeting, this webpage is also valued and Writer/Director Mike Messier also welcomes any and all press opportunities to discuss this project!

We thank YOU for your support of The Impeccable!